The 2014 FIM Superbike World Championship fight went right to the wire and despite scoring two third places KRT rider Tom Sykes was unable to defend his crown and lost out by only six points. Loris Baz (KRT) finished second in race one and fifth in the overall championship standings. A great season end for KRT SBK Evo rider David Salom, as he secured the title with two strong rides on his Ninja ZX-10R, including best Evo performance in race two.

After two 17-lap races of full commitment under the floodlights Sykes finished the SBK season in second place overall, with a total of eight race wins, more than any other rider.

Sykes could not match new champion Sylvain Guintoli’s pace in each race at Losail but showed his determination to fight all the way with his double podium. As well as his wins Sykes took 16 podiums in 24 races and scored five Superpole wins.

For Baz a podium finish in second place in race one was followed up by seventh in race two, after he and another rider had been run off track in the first corner. In his last race for KRT he battled back to finish seventh, overtaking many riders on the way. Loris finishes the year with eight podium finishes to his credit.

KRT SBK Evo class rider David Salom scored a fantastic championship win at the first attempt in the Evo category after just one race had been completed at Losail. He has now taken 13 Evo race wins on his Ninja ZX-10R after edging out his lone rival in the second race at Losail. In the combined results David was 13th and 11th at Losail and 12th in the combined SBK rankings.

TOM SYKES (Rider Kawasaki Racing Team): “We gave it everything at the final round and no regrets. We made the podium in both races and pushed as hard as the bike and set-up would allow. We had some really good lap times in race two but Sylvain had a better pace. It is what it is and the races today had the most significant outcome of all. I am disappointed but there is only so much you can do. We knew this weekend would be hard work and there is no disgrace in what we did, unfortunately it just wasn’t quite enough. Luckily the winter is not too long and we will come out fighting next year.”

LORIS BAZ (Rider Kawasaki Racing Team): “In race one I could not finish with Sylvain because my front tyre had been used up. In race two another rider hit me in turn one I had to pick up the bike and then went straight. It was a shame because I had a really good pace. I lost six or seven seconds in that lap and finished only nine second behind Guintoli, so I lost all my time there coming back through the traffic. It was a big comeback, but not enough.”

DAVID SALOM (Rider Kawasaki Racing Team): “Winning the Evo class was a nice reward because we pushed very hard. Everybody in the team and Kawasaki worked all year for this. We took a lot of points in the middle of the championship to let us win with more comfort. I tried to win the first race to win the championship that way but my front tyre was very worn. In race two I tried to pass Canepa in the middle of the race but he re-passed me and I sat behind him to wait. I made my pass over the line and it worked this time. It was a great way to finish the year and big thanks to everybody for their great efforts.” 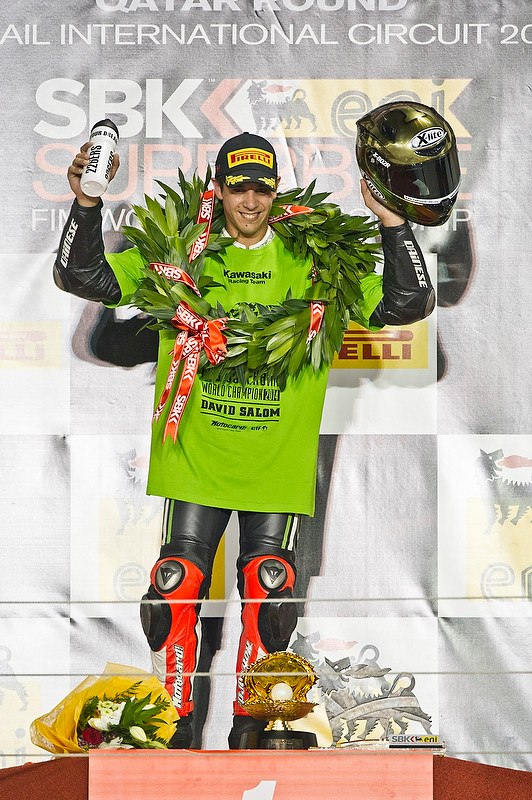 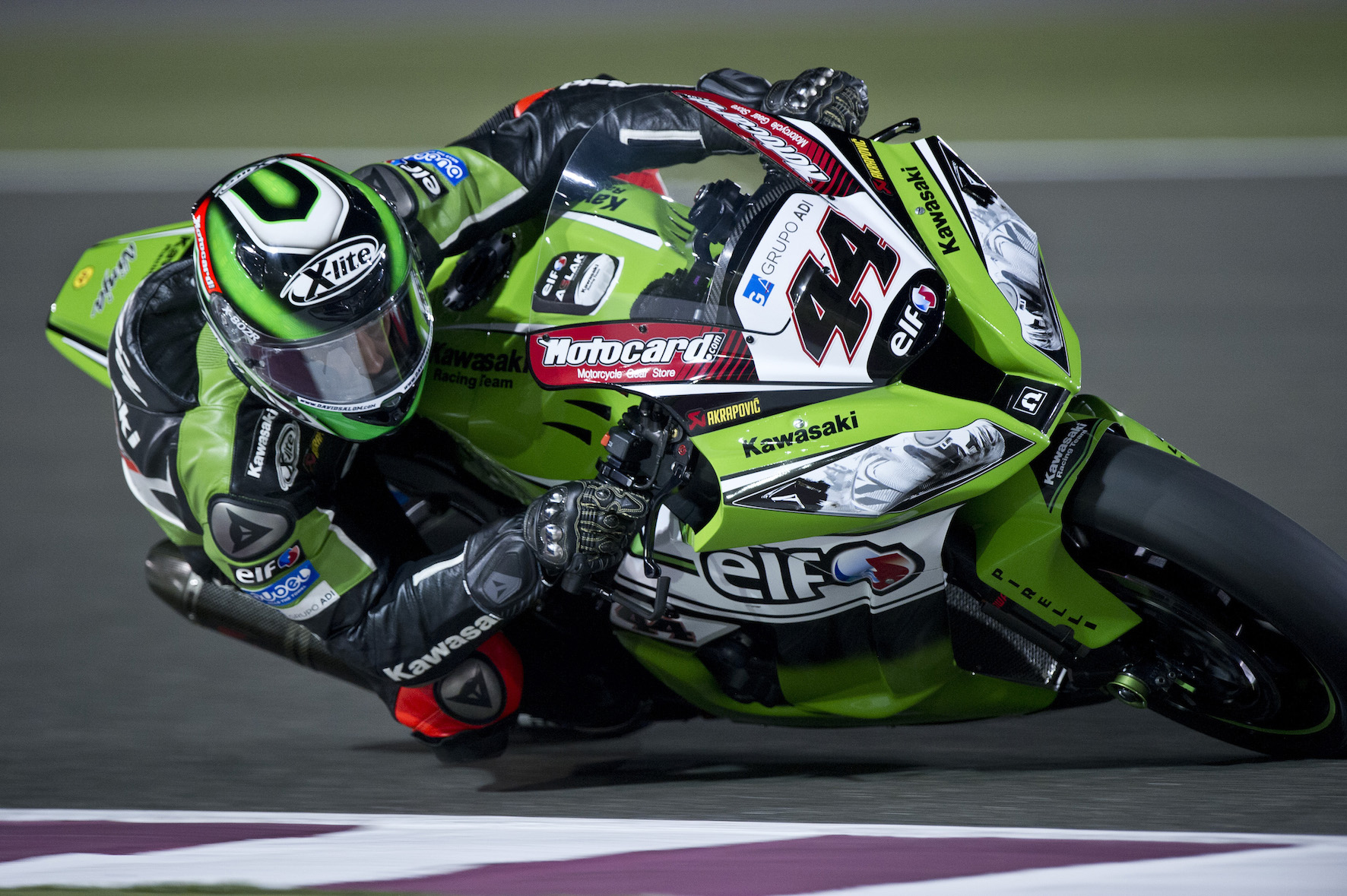